Here at Addlestone Library we also run a Chatterbooks group for older children aged 11-14 year olds, which they called Captured! after their first book, "I Capture the Castle" by Dodie Smith. Our last meeting was on Wednesday 5th November and we were discussing the book, "The Child's Elephant" by Rachel Campbell-Johnston. The young people found it a hard book to get into but those that did perservere with it found it a heart breaking story of loss and hardship.

Following the elephant theme we then wrote poems about elephants using only certain words available. Here is one of the poems they wrote: 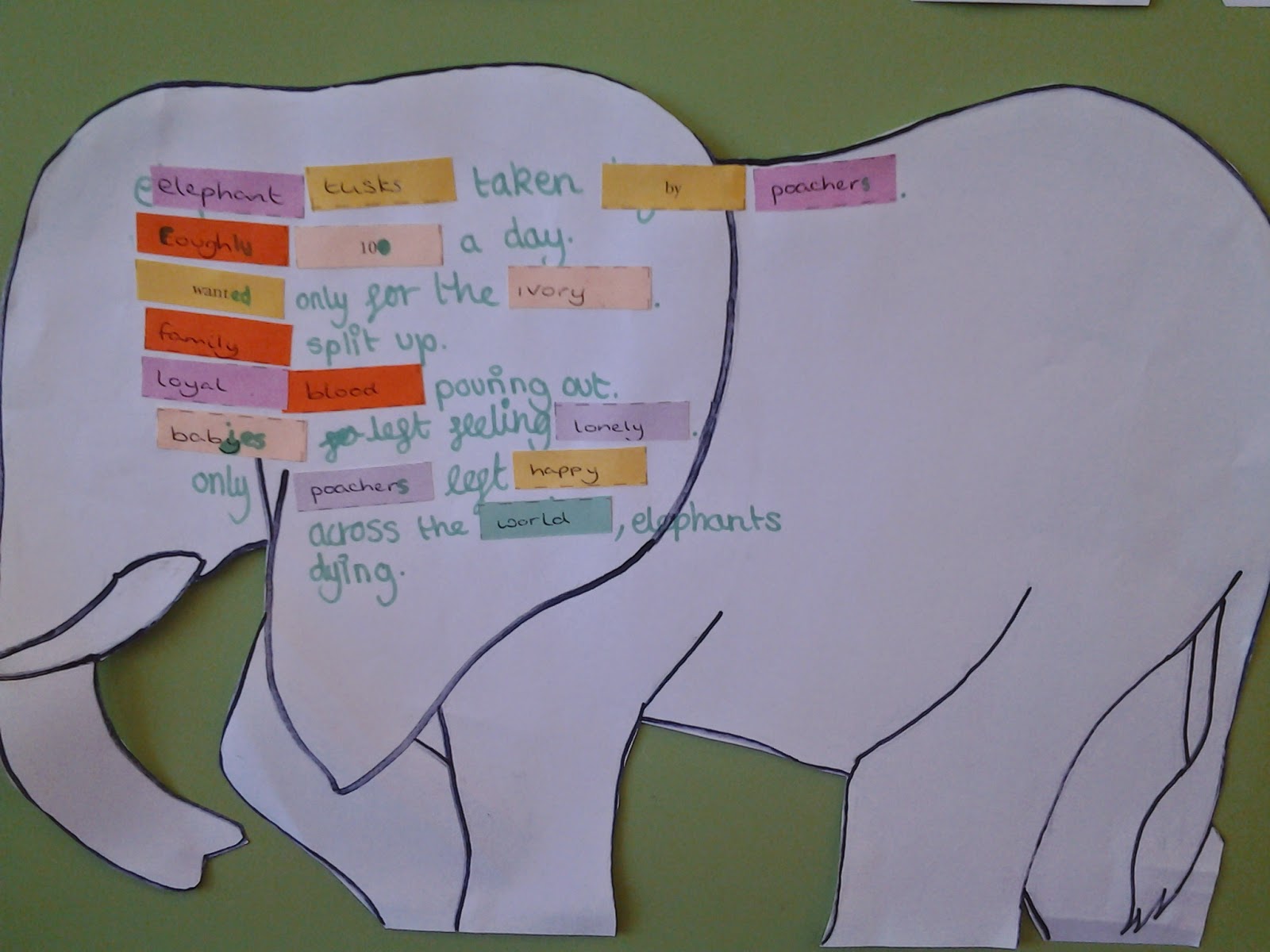 Here are the words of the poem in case you can't read it clearly in the photo:
Elephant tusks taken by poachers
Roughly 100 a day
Wanted only for the ivory
family split up.
Loyal blood pouring out
babies left feeling lonely
only poachers left happy
across the world, elephants dying
Our next meeting is on Wednesday 3rd December at 4pm.
Posted by Unknown at 06:52